The Carretero Family has owned and operated Guido’s since 1988. Located in the Heart of “The Hill”, Guido’s Pizzeria and Tapas brings you authentic family recipes made with love. We offer the best of mediterranean cuisine with a menu full of classic Italian fare and traditional spanish entrées and tapas. Guido’s delivers a “Taste of Spain in the Middle of Italy” with made-to-order dishes, like Guido’s homemade lasagna, award-winning pizza, tapas calientes and rich caramelized flan.
Segundo and Genevieve (Mama) can often be found greeting patrons to the restaurant throughout the week. Cooking in the kitchen and managing the front-house is Miguel. Whether enjoying a date night or hosting a private party, our staff is happy to accommodate you!
Voted one of “The Best Slices in STL” by the Delicious Directory and Readers’ Choice Award Winner by Sauce Magazine 2008-2015. 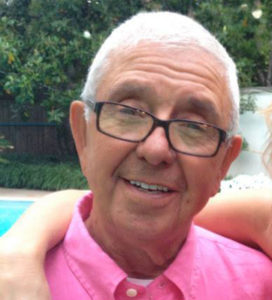 Segundo Carretero, the patriarch of the Carretero Family, was born in Cadalso de Los Vidrios, a small town 90 Km west of Madrid, Spain. During the Spanish civil war, his family moved to Madrid. As a young man, he began working in the hospitality industry throughout Spain including the Hotel Conde Duque, Jockey Club… to name a few. Eventually, he came to the United States in 1964 to work at the 1964-65 New York World’s Fair, Spanish Pavilion. He returned to Madrid and in 1970, Segundo immigrated to the United States, this time to St. Louis, MO, with his wife, Genevieve and their three sons – Jose, Francisco, and Miguel, to work at the Old Spanish Pavilion in downtown St. Louis. He later went to work at Anthony’s Restaurant for Tony Bommarito, until Segundo “semi-retired” and joined his son, Miguel, at Guido’s! 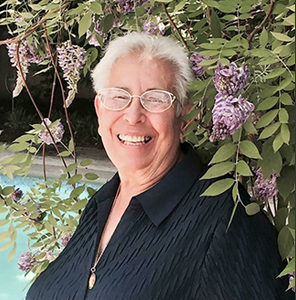 Genevieve Carretero (“Genny” or “Mama”), the matriarch of the Carretero Family, was born in Zamora, a town in the Spanish province of Castile and Leon about 260 Km northwest of Madrid. She grew up cooking for her family, and also has experience in the hospitality industry. In fact, she met Segundo while they both worked at the Hotel Conde Duque in Madrid, Spain. They eventually married in 1957 and were blessed with three boys. In Spain while raising her boys, Mama perfected many of the family’s authentic and traditional Spanish recipes including tapas and main course dishes that can now be found on the Guido’s menu.
Today, Mama still stops by Guido’s several days a week, and on the weekend can be seen greeting guests and singing “Happy Birthday” in Spanish to the lucky recipients! 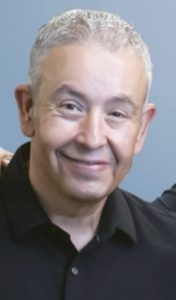 Their son, Miguel Carretero, eventually followed the path of his father in the restaurant business by opening Guido’s Pizza and Deli in 1988. Mama helped teach Miguel how to prepare and cook these Spanish dishes and led Miguel to introduce our Spanish “comida casera” or “home style cuisine” to the Saint Louis dining community! Over the years the pizza and sandwich carry-out and delivery service grew into three locations throughout St. Louis. The family wanted to create a more family friendly dining experience and in the year 2000, they opened Guido’s Pizzeria and Tapas at 5046 Shaw Ave. on the Hill.